The following piece is an assignment for  Media and Culture class. The assignment was to follow an aspect of popular culture and keep a blog account each week. I chose to write my entries on American television dramas; I focused on that of the ABC medical drama, Grey’s Anatomy.

Grey’s Anatomy is the highest rated broadcast drama among the 18-49 demographics, and for 10 seasons, much of that success can be attributed to Dr. Cristina Yang, played by actress Sandra Oh.

Why Do We All Love Yang So Much?

No matter what kind of drama filled her or Meredeth’s life, she took it all with a grain of salt (and sometimes a lime…usually with some tequila…)

She Never Took Crap From Anyone

If there was one thing that Cristina 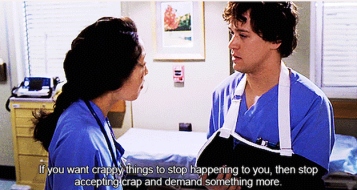 didn’t deal with, it was people wining about things that could be solved. Cristina believed in being in control of your own life; she made sure that both she and her friends were aware of their situations in life and could distinguish  what they had control over changing.

She Was A Brilliant Surgeon

After watching Cristina Yang for 10 seasons, fans know from both her unbelievable track record in the operating room, as well as her mentioning it every episode, that she was truly a gifted surgeon. One of the most impressive qualities about Cristina Yang as her unwavering dedication to her passion; cardiothoracic surgery.

She Was THE Feminist 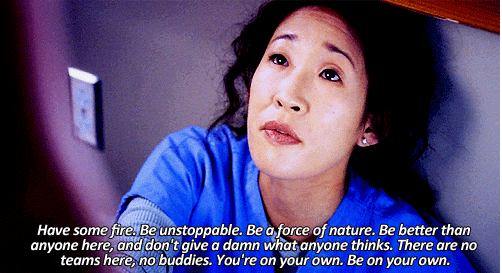 She Redefined What It Meant To “Have It All”

According to society as a whole, both past and present, for a woman to feel complete and whole, she must have a marriage, family, and a career at some point in her life. Career-focuses women have often been told that they need a man and settle down, to let life fall into place as society believes it should be; Cristina Yang made sure that all women knew that this is NOT the case with everyone. Although some women may feel fulfillment through family, Cristina felt her fulfillment through her career, becoming the greatest surgeon in her ability; and she didn’t accept anything less than greatness. 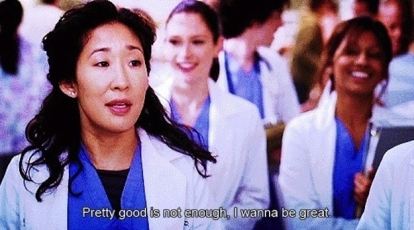 Over the past ten years, Cristina Yang has revolutionized the way that media portrays women; she has proved that women can have it all, but not only the conventional definitions of “having it all”, but having the “real” “all”, in which you love your people and your people love you too.

She Knew Her Own Self-Worth

Cristina knew how fantastic was and she wasn’t afraid of telling people that. When someone challenged

her worth, talent, beauty, or intelligence, she fought right back! So much of society today tells women how to act, think, feel, and look, and too many young women fall into the mind set that they are only as good as society tells them they are.

Cristina Yang never apologized or made excuses for her success. “You’ll never be as good as me, but you’re very, very good.” Cristina knew that it was not a matter of chance or luck that she was given to opportunities that she did, it was her pure talent.

Not only in regards to her talent, but she knew that she was the whole package! Cristina Yang was smart, funny, talented, and

beautiful, and you didn’t need to tell her twice!

Typically in television and movies, audiences enjoy seeing heroines as kind, optimistic, put-together, and fun-loving. Cristina Yang broke this stereotypical trend; she was seen in every light. She was tortured and vulnerable when she experienced an ectopic pregnancy. She was strong when she was held at gunpoint for saving Derek’s life. Cristina is every woman at every stage; she is a refreshing break from the status quot of women portrayed in the media today.

Here’s a Buzzfeed link further explaining why Cristina Yang is everything that you should aspire for in life!

No matter how much fans love MerDer, we all know one fact to be true: Cristina and Meredith are the real soul mates.

Here’s a Link Showing a Few Times That Proved That Cristina And Meredeth Were The REAL Love Story in Grey’s Anatomy!

Everyone has heard the phrase, boyfriends are temporary but girl friends are for life, and for the most part it’s true! Without Cristina with her throughout all of the unfortunate circumstances in her life, Meredeth couldn’t have been able to hold herself together for the most part. It wasn’t until she realized what was most important in her life, and what her main job in life was, that Cristina was able to leave.

In television, movies, and other media forms, it is typically difficult to find an accurate portrayal of a friendship rooted in something other than superficiality; Meredith and Cristina challenged this stereotype with their portrayal of two strong, independent, and talented women.

Here’s a Link Explaining Some Of The Things We’ve Learned From Cristina Yang!

Cristina Yang redefined how women were portrayed in the media; she depicted women in every sense, strong, powerful, funny, feminine, vulnerable, driven, and confident. She sent a powerful message to women; showing that women can be successful, a complete mess, have everything together, and everything fall apart, and each of those is okay.